I often hear at postoperative appointments after surgery, “I only eat like once a day, I’m not hungry, so I just don’t eat.” This is not a desirable or sustainable practice. We want you eating healthy, high protein, nutrient dense foods, in small portions every few hours. In fact, not eating can lead to post op complications and malnutrition. Patients want to know why he or she experiences little to no hunger after surgery. This is because during bariatric surgery, the gastric fundus is removed, which is where a large amount of the hormone “ghrelin” is produced. Ghrelin is a hormone that stimulates appetite. In addition to a reduced in ghrelin, after surgery the polypeptide GLP-1 has improved function and increased secretion. GLP-1 is a major regulator of satiety and glucose homeostasis thus leading to that definite feeling of “fullness” after just a few bites of food. According to Casimiro, et al. (2019) in patients with diabetes, the meal – stimulated response of GLP-1 is significantly reduced, thus why some diabetic patients are not as sensitive to the feeling of “fullness”, especially before bariatric surgery. GLP-1 is an essential component in improved insulin sensitivity and blood glucose levels which is seen immediately after bariatric surgery. Interestingly, in weight loss done by dietary restriction alone, it does not improve the function or production of GLP-1 hormones, there is also an increase or ghrelin (the hunger hormone), which is a huge contributor to weight regain (Casimiro, et al., 2019).

When overweight, the body produces more estrogen, thus as you lose wight, estrogen is decreased and the ratio of estrogen to testosterone is increased. Testosterone is linked to increased energy and sex drive.

In men who suffer from obesity, they also have low testosterone and low sex hormone-binding globulin and increased estradiol. This leads to hypogonadism, erectile dysfunction (Casimiro, et al., 2019). Casimiro, et al. (2019) also reported after bariatric surgery, 87% of males had resolution of gonadal dysfunction.

After bariatric surgery, we want patients to focus on eating foods rich in protein, in fact it is likely you will be eating mostly only protein with a very small amount of vegetables and you will be so full, it is essentially physically impossible to eat more. Simple carbs and sugars will essentially be nonexistent in your diet. Which is okay! However, the drastic reduction in carb and sugar intake may lead to some slight depression. The increase in insulin after eating large amounts of carbohydrates stimulate the brain to make tryptophan which is an amino acid necessary for making serotonin. Serotonin is a neurotransmitter that improves your mood, in fact several antidepressant medications increase the levels of serotonin in your brain. Food has also been a coping mechanism for many patients, and when this coping mechanism changes, it can also lead to some temporary feelings of sadness. You are not alone, and if these feelings occur, please follow up with your primary care provider soon as possible. This is another reason why we do not recommend patients discontinuing any psychiatric or antidepressant medications he or she may be one after surgery until discussing it with your primary care provider. If feelings of self-harm occur, please call the National Suicide Hotline at 800-273-8255 or go to your nearest emergency room. 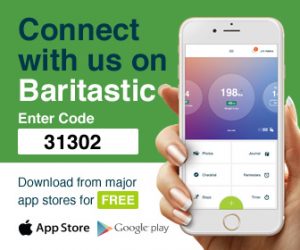 My Bariatric Solutions Patients, Our Hours Are Changing.

Starting April 1st, we will now close at 12 PM every Friday.

If you need to reschedule an appointment or have questions, give us a call.